Hit enter to search or ESC to close

Weekend Porch Parties and SipINN Sundays are not far behind.

Head’s Store, which for many years was a railroad stop on the Rock Island railway system, will be opening this year with a few more bells and whistles than normal. 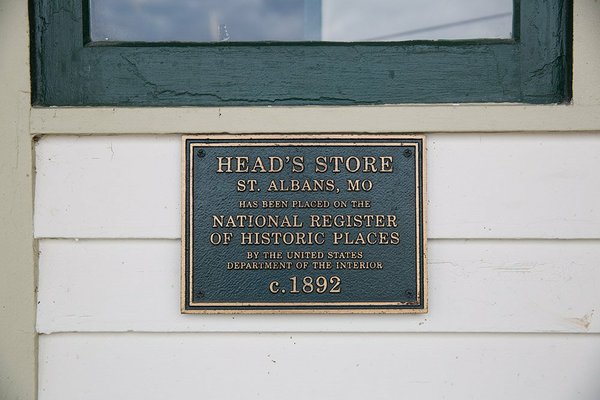 PHOTOGRAPHY BY KEVIN A. ROBERTS

Built in 1892, the building first served as the community’s general store and then became a Saturday night dance hall. Operating on and off for more than a century, Head’s Store now serves as the inviting gateway to the Inns of St. Albans development, anchored by the property’s three inns: Studio Inn, Old Barn Inn, and Farm House.

Datra Herzog began purchasing parcels at St. Albans in 2004 and over the years created a sprawling hotel, meeting space, B&B, and wedding venue. A $4 million expansion is currently underway that that includes an 11,000-square-foot lodge and a dozen rooms for overnight guests.

As luck would have it, Herzog was also neighbors with Mae Pfeiffer Head, one of the longtime previous owners of Head’s Store. In 2017, shortly after the store opened with Herzog at the helm, Herzog told SLM that she tried for 14 years to acquire the store and finally succeeded in late 2016. She then turned it into a three-season destination for neighbors, visitors, and meanderers.

D. Scott Phillips, a Balaban’s alum who was the executive chef when the store relaunched almost exactly four years ago, is back at the helm, overseeing food and beverage for the entire complex. Joining him is Scott Krietemeyer, director of food and beverage, who worked with Phillips at Balaban’s. “The two Scotts are back together again,” says Krietemeyer, “which is great, because he and I see foodservice and hospitality through the same lens.” Cory Ellsworth (previously with Bixby’s, Chandler Hill Vineyards, and Portabella) will be the onsite chef at Head’s Store. 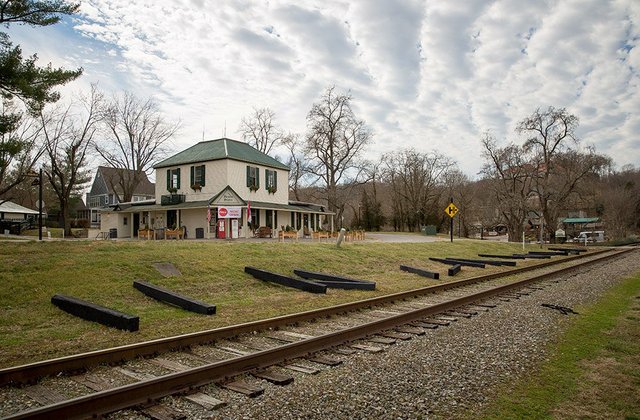 PHOTOGRAPHY BY KEVIN A. ROBERTS

With Herzog taking the lead, the chefs have created a menu that recalls ties to the railroad. Just across from Head’s Store, travelers would board the so-called Rock Island Rocket trains that traversed the Midwest and terminated in California.

“It was Datra who came up with the Rocket theme,” says Krietemeyer. “A lot of people know that Head’s was a general store. Not as many know that it was also tied to the railroad in such a significant way.” 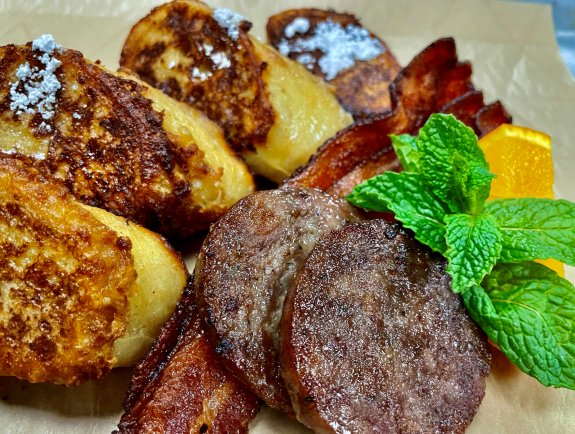 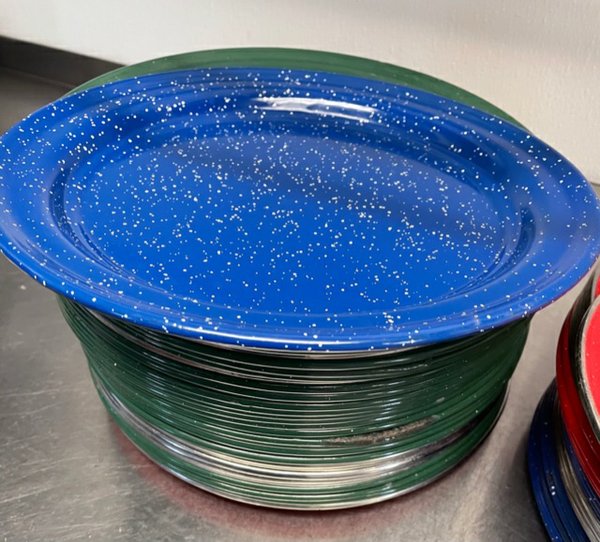 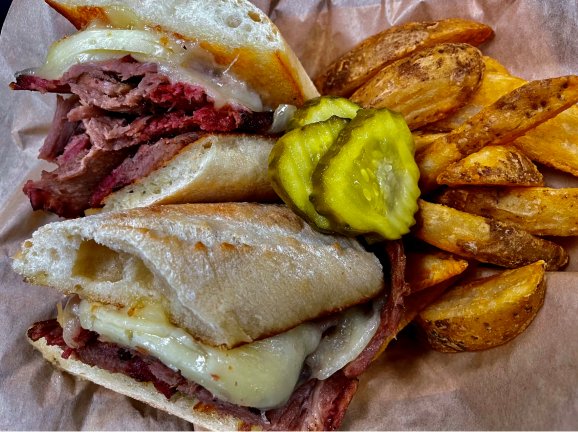 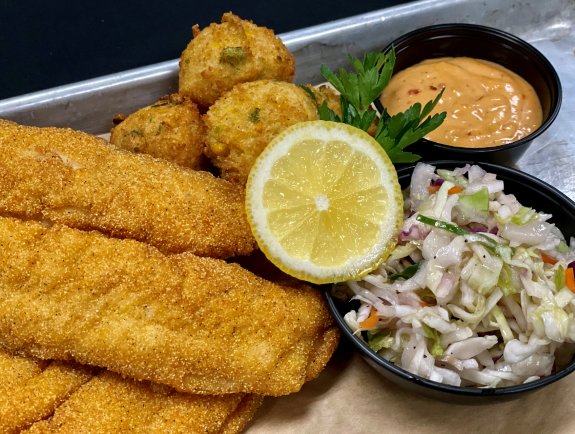 Head’s Store follows a fast-casual format, in which food items are ordered at the counter and either picked up or delivered to a table. Beverages include canned and bottled soft drinks and beer, canned cocktails, and wine by the bottle. Krietemeyer brings a wealth of wine knowledge and expertise to Head’s Store, so expect an engaging but affordable wine list.

In an interesting twist, gratuities are not accepted at Head’s Store. Food and drink items are priced slightly higher than normal, which allows the entire staff to be paid equitably, Krietemeyer says, and the customer doesn’t have to worry about leaving what may or may not be perceived as an appropriate tip.

Head’s Store will officially kick off the 2021 season on March 17, St. Patrick’s Day, when corned beef and cabbage will be served throughout the day. 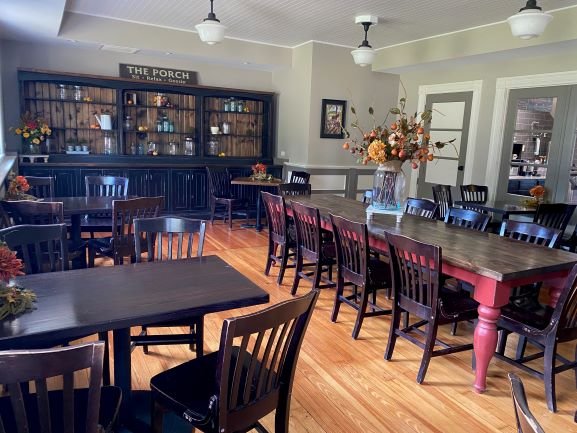 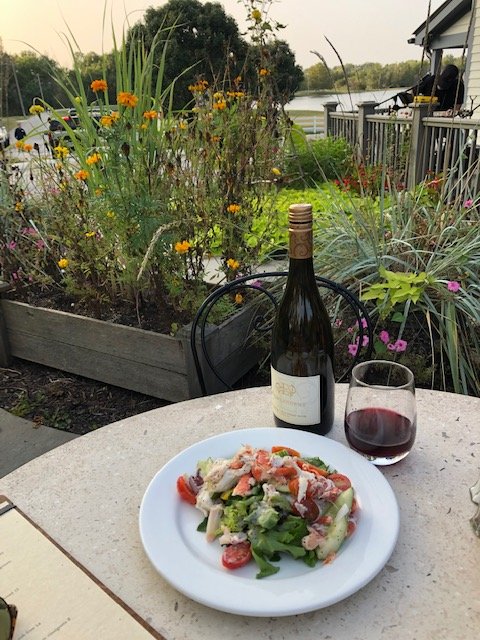 The view from the patio at Head’s Store

This year, small private parties can be held in an underutilized ancillary room that seats 35, where chefs Phillips and Ellsworth consult with clients to create a custom menu.

After Memorial Day, hours will expand to include two popular themed events: Porch Parties, held on the patio overlooking the lake on weekend nights, and SipINN Sundays, on Sunday afternoons—events that gained momentum as the summer season evolved.

“The pandemic caused diners to seek out new experiences in new places,” says Krietemeyer. “It got so busy, people were bringing their own tables, chairs, and blankets. What restaurateur wouldn’t want to be blessed with that scenario?” There’s even been talk of doubling the size of the 40-seat patio this year. 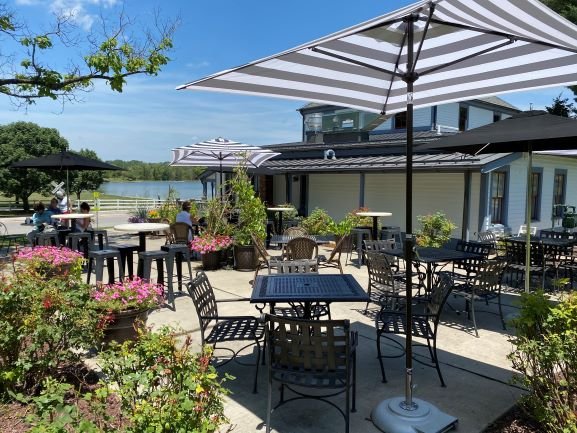 The menu will eventually expand to include charcuterie trays, more grab-and-gos and sharables, along with some dinner-appropriate fare. One- and two-piece musical groups will once again accompany the lakeside events.

“We hope that we can continue to capitalize on all that momentum this year and then some,” Krietemeyer says. “With the addition of the lodges, we’ll have a new audience that will need a place to eat. Guests can grab a meal to eat onsite or take home or take back to the lodge to eat or heat up later.”

At Head’s Store, Krietemeyer realizes that he’s involved in something special but challenging. “Being a destination restaurant away from the city sets a high bar,” he says. “But if last year was any indication, we’re convinced that the experience we provide will convince people to return.”

Mahe is St. Louis Magazine’s dining editor. Originally a finicky eater, he has owned or operated restaurants most of his life. He began reviewing them for SLM in 1991.